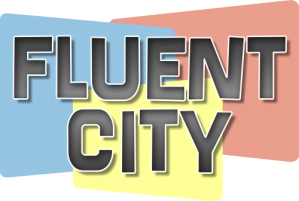 Fluent City offers outstanding adult language classes in major cities throughout the United States and wants to help you learn a new language (and maybe even translate the Bible yourself). And to help, they’re offering a chance at winning a FREE $200 Gift Certificate for language classes to anyone who donates to the OMGWTFBIBLE Indiegogo campaign in its last 30 days. Just go here, donate RIGHT NOW at ANY LEVEL, and you’ll be entered to win.

But that’s not all. Fluent City is also a special discount just for OMGWTFBIBLE listeners. Visit www.fluentcity.com and pick a Hebrew, French, Spanish, Italian, Portuguese, German, Arabic, Chinese, Japanese or Russian class. During checkout, use OMGWTFBIBLE as the promo code for 15% off your group class. Don’t miss out  – code expires August 25, 2014!

Until the print version of OMGWTFBIBLE comes out at some hazy date in the future (and even when it does), the best place in the world to find all the wacky and weird stuff in the Bible is in the pages of the Skeptic’s Annotated Bible by Steve Wells. That’s why OMGWTFBIBLE has teamed up with SAB Books to offer a signed copy of the Skeptic’s Annotated Bible at the $54 perk level. But hurry! There are only 16 of this perk available, so don’t wait to grab it here.

I’m shocked at the countless hundreds of millions of dollars that have been spent over the years in the desperate and fruitless search for extraterrestrial life. Even Bill Nye “the Science Guy,” in our recent debate, happily gloated about tax dollars being spent toward this effort. And now, secular scientists are at it again.

His reasoning? The Bible clearly says the Earth is special and God made it that way:

Secularists cannot allow earth to be special or unique—that’s a biblical idea (Isaiah 45:18). If life evolved here, it simply must have evolved elsewhere they believe. The Bible, in sharp contrast to the secular worldview, teaches that earth was specially created, that it is unique and the focus of God’s attention (Isaiah 66:1 and Psalm 115:16).

Unfortunately for Ken, the Bible doesn’t say that. The Hebrew in Isaiah 45:18, Isaiah 66:1, and Psalm 115:16 does not explicitly say that God made our planet uniquely special. In all three of those verses, the Hebrew word used is ארץ, which simply means “ground.” Setting aside the fact that this stuff was written before modern astronomy, “ground” doesn’t necessarily mean “only Earth.” Even if עולם, which often means “world,” was used, he’d still be wrong, since that word can also mean “universe.”

The thing that frustrates me most about religion is when its loudest advocates often don’t have any idea what they’re talking about.

I have no pictures to show, but I can assure you that Episode 15 happened last night, was recorded successfully, and will be ready for the Internet first thing Monday morning. Chris Hastings was a wonderful guest and I hope to have him back sometime in the future. The conversation after the show focused on the wide berth between what’s actually included in the text and the tradition of additional stories that has persisted over the centuries. Very interesting stuff! If you want to be part of a future post-show conversation, just show up at a live recording!

Have you heard? A 13 year-old kid from Queens won the Scripps National Spelling Bee today on the word “knaidel!” You know, a matzoh ball!

Wait a minute. Something smells fishy. And it’s not the fish balls. You’ll never see one of those near my chicken soup.

After spending most of yesterday trying to figure out the most clear transliterations of Jacob’s grandsons, I can assure you: there’s more than one way to spell “knaidel.” Or is it “knaidel”? “Kneydel”? “K’naydell”?

Have a good shabbos, I guess! Er, I mean, shabbot shalom!